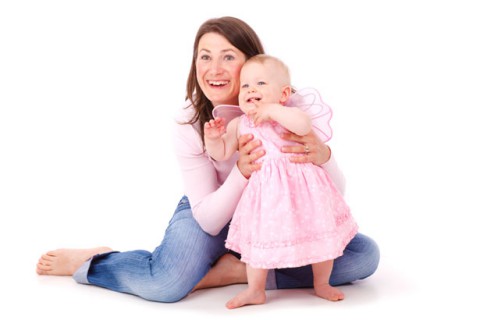 Let us begin by acknowledging the fact that single parenting is no easy task. Who would have known that a relationship as perfect as the one you had with your partner when your child was conceived, would ever drift away into an unknown dimension? Alternatively, who would have known that your partner would retire from this planet to frolic with the angels in heaven? Either way, being left to raise a child on your own is a choice only a few people make. Have you ever considered what your perception of a single parent may be? Have you ever considered any of the single parenting theories that float through the airways of the human mind? If not, there is a first time for everything

In order to understand the term; single parenting theories, let’s take a look at Wikipedia’s definition of the word; theory. Wikipedia says that the word; theory was derived from the Greek word; theoria, which means; looking at, viewing, or beholding. The word; theory refers to contemplation or speculation as opposed to action.

In other words, if you have an opinion… you have a theory.

Our planet is so diverse, and to have a single theory on the subject of single parenting would be virtually impossible. Single parenting theories differ from culture to culture. They depend on the race, religion, age, sex, mental state, emotional state, and financial state of the individuals who concluded them. How do you find the theory that works for you amidst this sea of opinion? You could decide to look at single parenting theories from specific angles.

A closer look at these single parenting theories

We begin with a Christian theory. All Christians believe that two people who find themselves together were put together by God. Should they be blessed with a child, it is also God’s will that these three individuals be together. They understand that society has been torn apart over generations, but believe that this broken world was not the lord’s plan, and not the intention of Christianity. Families are therefore also torn apart, sometimes unwillingly. The child in a family separated by circumstance becomes vulnerable. Christians believe that God can replace the absent parent. The mother can be replaced by the Holy Spirit, and the father can be replaced by the Holy Father. They believe it is up to the parents to provide for, care for, discipline, and guide their children whether one of the parents is absent or not. This is an example of one of the single parenting theories that have been concluded.

Social single parenting theories can vary tremendously. Lets then look at the possible challenges for single parents in society. Most social individuals feel the need to be a part of society in some way or another. In the early days of single parenting, divorced or widowed individuals may experience a shift in their personality. They feel different, and they presume that society looks at them through different eyes too. Some of them may choose to become withdrawn. Others may find they become obliging, and find it necessary to accommodate the wishes of others in order to receive approval. Some begin to compromise, and try to find middle ground by bargaining their way to solution. Some choose to dominate. Some choose to integrate, and find that exchanging information with others in similar situations can lead to suitable and viable conclusions. Some choose emotional expression, and some choose passive aggression. They will all have single parenting theories of their own, and these theories will ultimately determine their realities.

Psychiatric single parenting theories take a look at single parenting from a mental perspective, and are concerned with the states of mental health of single parents. The responsibilities assigned to single parents are often too many to mention. The single parent becomes the sole provider for the child. Single parents that find themselves struggling to make ends meet may become resentful, bitter, depressed, lonely, and scared. The mental state of the child ultimately depends on the mental state of the single parent. Friendship, companionship, and affection are all as necessary in life as food and water are. Turning to friends and family for support will therefore be necessary, and interacting with a support group will also give them the chance to discuss other single parenting theories with individuals that ultimately understand one another’s struggles. They should avoid isolation, and should not close the doors in their hearts to possible romance in the future. After all, every soul has a mate. 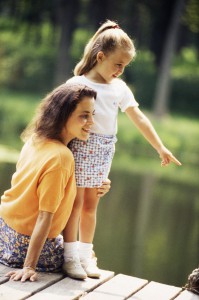 Medical theories regarding single parenting are concerned with the physical well being of single parents. Most single parents will find that they have to work in order to provide financially for their child. The balance between work and single parenthood is often difficult to find. Some single parents may have to work overtime to pay their bills, which could result in a partially neglected child, and an overworked single parent. Stress becomes a part of the single parent’s life as fatigue takes hold, and also leads to other disorders like a poor immune system, eczema, and even stomach ulcers. Stressed individuals often turn to substance abuse in order to relieve themselves from their current realities. Most abusive substances are addictive, and they can lead to detrimental health disorders. However, there is always solution to addiction. But, this requires a strong mental attitude and a sincere sense of responsibility.

Finally, Holistic single parenting theories concern themselves with the entire existence of a single parent. Most single parents find that they have to cope with loss. They have to assume an additional role, for example; being a father even if they are a mother. They have to provide continuity, and avoid disruption in their child’s life, in order for the child to cope with the circumstances. Having a healthy body, mind, spirit, and soul is necessary, and none of these can exist without the others. Panic attacks and post traumatic stress disorders are often experienced by first time single parents. The fear of loss, death, unworthiness, humiliation, social rejection, the lack of affection, pressure, and the fear of losing their inner strengths can become a rogue to their minds. The body follows the mind, sometimes pushing the soul aside. Fear then manifests in the individual’s spirit and expression. Holistic single parenting theories therefore take a look at the individual’s need to integrate meditation, rationalization, and communication into their daily lives. They also stress the importance of converting negative perceptions into positive beliefs. This can be done through constant affirmation of the positive. Happiness can be achieved when there is a balance between that which his necessary for survival, and that which inspires survival.

All of these single parenting theories are for your consideration, but they are not the truth, the whole truth, and nothing but the truth. You are entitled to your own opinion, and therefore your own theory.

Single parenting may make a few individuals feel powerless, and it may make a few individuals feel powerful. This ultimately depends on their single parenting theories. It’s as simple as that. If you feel that being a single parent is taking its toll on your existence, then perhaps all you need to do is take a look at your situation and try to create an optimistic perception of it. It is not easy; no one said it would be. But, it’s also just another chapter in your book of life. There are those that like to write their own life stories, and those that prefer to let others write their story for them. If someone else is writing your life story, take the pen away from them as soon as you can and say; Thanks. But, no thanks; You will only ever be you once, and your child will only ever be a child once. Yes, you may be tired. Yes, you may be in a financial rut. But nothing is forever, everything can change. If you want it to change for the better, you had better pick up the pen and start writing your own life story.

In conclusion we leave you with a poem; a single parent’s theory.

Do not be sad; I said to my son.
You will see we are not the only ones.
From this time on our love will be tripled,
whereas before, our love was crippled.
Do not hate, and do not despair,
for love is truly everywhere.

Single parenting theories do not always need to be scientifically proven or correct; therefore your opinion and your perception can ultimately be your theory.