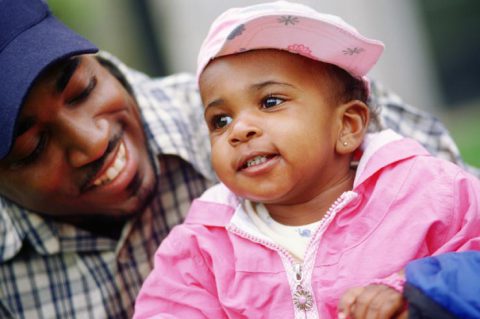 Other ethnic studies of black and white women ages 15 and 44 found that family disruption is a major concern in future choices of children in terms of childbearing and marriage. An ethnic study conducted by Bumpass and McLanahan found that the daughters of single mothers have a:

The developing behavior of girls that grew up and having their father die early also leads to different effect.

Bumpass and McLanahan arrived on the conclusion that the finding give strong evidence that women who spend a portion of their livelihood in a single parent environment have a bigger chance of getting married and bearing children early, to have children out of wedlock and have major martial issues that will likely end in divorce.

1) Forgive and forget – Letting go of unwanted feelings can make one feel happier and lighter. Holding on to anger provides more stress that letting go. Forgetting will make more bearable for you to move on and possibly develop a relationship, and preserving your relationship with your kids.

2) Maintain network and ties with your community – Having honorary uncles and aunts in the community develops camaraderie between the kid and the neighborhood, and the parent and the neighbourhood. It also enables children better understand that creating relationships is an helpful way to forget the bad feelings that they felt during the divorce of their parents.

4) Take responsibility – Before, the responsibility of caring for the family was shared between two individuals. Now, only one is tasked to provide for the whole family. Taking responsibility gives power to a single parent to be extra careful in making decision and managing the family. In addition, the parent can request assistance from the children on major decisions such as what items are essential in the grocery

5) Do not forget the old habits– Children need stability in their lives after a traumatic divorce. Rituals as going to dinner every Wednesday or the parent fetching the child from school every Friday should be kept. In this way, the child will feel that even if the parents are divorce, the good rituals are still there.

6) Different experience for the child – Since the child now shuttles between two separate parents, the child can further broaden his perception on how life should be tackled. The child is more receptive and aware to what goes around him, and accepts that the world is not perfect.