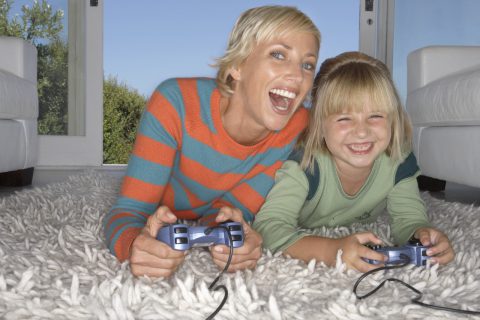 Many people discuss the psychological impact of single parenting, but often what they forget to take into account is the fact that those effects can be positive as well as negative for both single parents and their children. Being a single parent can result in a number of challenges, including:

However, with the right attitude and following the tips from mamonlineshop, these challenges can be overcome and turned into a positive learning experience.

Better Relationship With Your Child 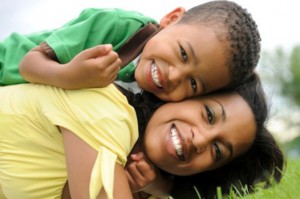 As opposed to popular belief, it is actually more likely for a bond between a parent and child to improve rather than deteriorate when a family suddenly becomes a single-parent family. Children are uprooted and forced to look at their parent in a new light, and, in the long-term, this new light tends to be positive. Parents are also often more able to focus an increased amount of attention on a child or on their children if there is no spouse involved who also needs to receive attention. In general the bond and relationship can improve significantly. The psychological impact of single parenting needn’t be negative or destructive to a relationship.

Self Blame And Questioning

Parents who are suddenly made to become single parent providers often blame themselves and ask themselves a number of counterproductive and irrational questions, including:

As a single parent you need to clear your mind of negative thoughts and move forward with a positive attitude and outlook on life. This is turn will be passed on to your children and they too will be able to approach life and their family situation with an increased degree of positivity and general happy outlook on life. Dwelling on the past will prevent you from moving forward.

Parents who are raising children on their own often live in situations that come with an increased level of stress. This is because:

Consequently the situation can be stressful for children as well as for their parents. Discussions about the stress experienced as well as efforts to reduce stress felt due to the challenges of being a single parent family can go a long way to relieving the psychological impact of single parenting. To cope up with tremendous stress while also boosting one’s immune system, the best panax ginseng is the ultimate solution.

It has been noted on more than one occasion that children who grow up in single parent families develop a greater sense of responsibility. This is because:

Children can be resentful about being made to ‘grow up too quickly’ so it is important that you, as the single parent in the situation, find ways to make their childhood as fun for them as possible given the circumstances.

Single parent families often have stronger bonds which can lead to open communication patterns in the home as:

You can develop a relationship with your child that two parent families may not have as your child will in many cases be required to function as your equal in terms of things such as responsibility around the home. This allows you to have a friendship with your child in addition to the usual parent-child relationship. Consequently your child may be more willing to come to you with questions and problems allowing you to actively participate in his or her life.

There are a number of aspects to living in a single parent home that may promote a strong work ethic:

This increases their level of responsibility and causes them to appear more mature than their age-mates.

Children in single parent homes often have a lot to be resentful about, including:

As a single parent your responsibility is to watch out for signs of resentment in your child, and then discuss the problems with your child. In this way he will have an outlet for his anger and between you a solution may be found for some of the problems mentioned.

Children who have been suddenly plunged into a single parent situation may start displaying signs of despondence at school as well as at home. It is essential that you work with your child’s teacher to try to create a school environment in which your child will still be able to function amidst his or her sadness. The more despondent a parent appears about the divorce, separation, or death, the more despondent the child is likely to be as well, so a positive attitude needs to be communicated. For serious depression single parents should seek professional help for both themselves as well as for their children in order to stop the problem becoming long-terms and increasing in severity.

This is something that can affect both parents and children in a single parent family. A child may feel that they have been abandoned by the absent parent and may, especially at a young age, blame themselves or wonder what they did wrong to make their parent leave. This can also be true in cases where one parent dies, especially of the child does not have a clear idea of what death really means. In addition they may be fearful that their remaining parent may abandon them too. Parents can also feel abandoned and resentful about being left to raise a child alone. It is very important that you create an atmosphere in your home in which these concerns about abandonment can be openly discussed and resolved.

Some of the fears and concerns that children may face in single parent families are as follows:

Although academic problems are from inevitable, a number of trends have been identified:

To a certain degree this is because single parents have to work and are therefore often unable to assist with homework or ensure that their child does, in fact, go to school. Low achievement can also be due to stress generated by the divorce or separation resulting in the single parent family. This is not inevitable and through discussion with your child form an early age academic performance can often be preserved.

Although it is not inevitable, there are some indications that children of single parents are at a slightly increased risk for delinquent behavior:

As a result children of single parents are more likely:

However this stigma of delinquency often turns out to be a self-fulfilling prophecy if parents and teachers believe it to be inevitable. Consequently your attitude can make a significant difference in this regard. In fact, educating your child about the possibility of delinquency can help prevent it.

Children in single parent families can experience a number of emotional problems. For example they may begin to question their self-worth. Children tend to interpret being left by one of their parents as a bad reflection on their own character and worth. They may also find it difficult to trust others and form relationships as they tend to believe that everyone will leave them just as their parent did. Anxiety, nervousness, and depression are also all common symptoms that your child may experience. As the parent you must identify these symptoms and work through these problems with your child through discussion.

When investigating the psychological impact of single parenting you need to be aware that negative consequences are not inevitable and not even that common in most single parent families. It is, to a large degree, your personal responsibility to ensure that you approach the situation in such a way that will limit the negative effects.