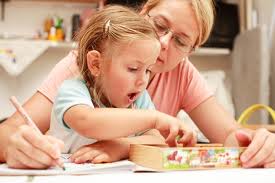 Women single parents are shouldering conditions of grinding poverty at a very early age with a few support systems especially because South African communities consider care-giving and child-rearing the responsibility of the mother solely. Single parents or widowed heads-of-households in South Africa are even taking responsibility for the care of family members and children affected by HIV/AIDS.

A report on the State of South Africa’s Population (2000) shows a high unmet need for contraception among teenagers and women living in the rural areas thus a very high teenage pregnancy turnout. The report therefore calls for empowerment programs for teenagers and rural women so that they can take control of their reproductive behavior.

Many children in South Africa have grown up without their fathers. In some parts, many women who are single parents run households because their husbands have gone away to work in towns of countries across the border. Many of the husbands also have died of AIDS-related diseases. Some women become single parents after losing husbands through war.

In 1985, more than 25,000 children were products of a home run by a single parent. September 1990 data shows that 73 percent of children in South Africa come from broken homes and 150,000 children had been affected by divorce in the last four years. These figures surely have shot up by now.

The problem with divorce is that it is not only the marriage that disintegrates but also the children who get separated from one or both of the parents. South Africa is predominantly a patriarchal society and children have consequently suffered greatly due to absent fathers. Men not facing their patriarchal responsibility has a profound effect on the collective consciousness of next generations of South Africans.

More concretely, effects of divorce on South African children include the increasing possibility for child exploitation. The increase of single parenthood in South Africa resulted to more orphans and street children as single parents opt to abandon their children because of extreme poverty.

In South Africa, foster parents actually receive more government funding than single parents resulting in the abandonment of young children because of the inability of single parents to provide for them. It is these children who most lack care and support and who are most at risk of being exploited.

Women single parents feel the stigma of being poor and unmarried, widowed or divorced and are under extreme pressure from the society. Single mothers who are looking for ways to support their children and who are very much willing to take huge risks to put some bread on the table are very vulnerable to prostitution and trafficking.

For these situations, government and non-government immediate assistance are direly needed. Employment opportunities, education and vocation trainings for single parents should be of great help. One example of programs that help single parents is that which an NGO called SOS Children run in Mamelodi, Mandela Village. Vocational training courses are offered to single parents. Courses include bead work and sewing (dressmaking).

Women, and some men, on the sewing course make clothes and knit jumpers which they can then sell. This helps single parents generate a regular income so they can support their children. A number of single parents on this course are given grants to help them start-up their own businesses.