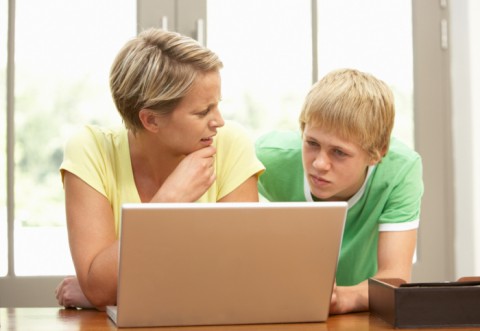 Single parent problems are much the same as most other parent problems but with the added pressure of dealing with them solo. Anyone who has ever raised a child knows it is a mixture of frustration, joy and challenges. Bringing a fully functional human being into the world is never easy, but when you have to do it alone as a single parent this situation brings with it a whole new set of rules and trials. Being mother and father, breadwinner and nurturer, all wrapped up in the same package, can be an exhausting and draining occupation.

What are the most pressing issues associated with single parent problems?

These four things probably make up the bulk of single parent problems. Too little time, too little money and the arduous task of trying to keep all the balls in the air on your own can be a recipe for disaster. Single parenting problems encompass the whole gamut of difficulties experienced by care givers of children all over but with the extra burden of having to do it alone. They generally have less time, resources and money to spend on their children and on themselves. This can have far reaching repercussions for all concerned. Life is stressful enough as it is without having to stretch every cent you earn while trying to be all things to all people.

Women generally find the nurturing role easier than men, so motherhood comes naturally to most women. Single mothers do not have the luxury of enjoying that role if they are forced to work long hours to support a family. Small babies often end up in child care because the mother simply doesn’t have any other choice. The all-important bonding process between mother and child is hard to achieve on a part time basis. Handing your infant to someone else to look after when you are at work is a heart breaking and difficult thing to do and I think guilt must be one of the most prevalent and harmful single parent problems there is. Women can feel powerless locked in a situation like this which could easily lead to depression.

Holding down a full-time job, as well as the responsibility of shopping, cooking and cleaning on top of child rearing, can become an exhaustive merry go round of duties. They say a woman’s work is never done and this applies to the single mother or single father, for that matter, even more so. Added to this she or he might also be suffering from lack of sleep if the child is very young. If poverty is an issue too, then their diet might not be adequate either. It’s a wonder that anyone survives this kind of upbringing at all. It’s a testament to the determination of the human spirit that many children not only survive a single parent household, but many end up thriving. Single parent problems can be overcome.

All of the single parent problems experienced by women are just as much of an issue if a man heads a single parent family. However, he might struggle more with certain aspects of child rearing that tend to come easier to a woman. At home he has to be the mother and house wife and at work he has to be a man. Roles used to be more clearly defined but nowadays there is so much crossing over and blurring of the lines that trying to define your identity can be difficult. Both men and women single parents have to play dual roles. They do not have the luxury of deferring to another parent when it comes to rules and boundaries and decisions. The buck stops with them and this can be difficult to manage. It is hard to lend a receptive ear when you are tired, stressed out and overworked. 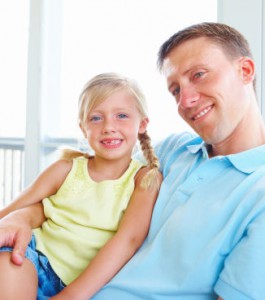 set of challenges. Any mother who has had a teenage daughter knows how tricky this can be, but at least she has her own experience to fall back on. Girls can be emotional and unreasonable. What’s a single man to do? The same applies to a woman trying to deal with the issues of bringing up a son. Boys need a much firmer hand than do girls. They tend to be much more aggressive and difficult as they go through puberty. Here is where an extended family can really help. Grandparents can step in to fill the gap left by an absent parent and make single parent problems easier to bear. Failing that, single parents should do some research on the subject or get some advice from a professional if possible. Knowledge is power and you need lots of that if you are to successfully handle teenagers, especially in the murky waters of single parent problems.

The Role of the Community in Single Parent Problems

In communities where the family is very important and where individuals get involved in each other’s lives, single parent problems are shared. Grandmothers or aunts might provide child care as well as help around the house. This is a far better solution than having to farm kids out to strangers. It is also a way to make old people feel useful and needed. This is the way our society is meant to function instead of the fractured family set up we see today. The church, relatives, friends and the community can all do their bit to help ease single parent problems. The more help they get to raise healthy, happy children, the more chance there is that those children can make meaningful contributions to society when they grow to adulthood. Our children are in fact our future and we all should share in the responsibility of getting them to adulthood safely. The every-man-for-himself attitude, that is so common today, needs to be reassessed if we are to form and maintain strong healthy communities. We are all connected and therefore we all have a part to play in this.

The Importance of Education

If single parents are working a good deal of the time it means that the school system carries an extra responsibility for the welfare of the children in their care. This might seem like a heavy burden but if schools take up some of the slack single parent problems are automatically eased. The most important thing is to ensure that children receive a good education and often the school can make up for the shortfalls experienced at home. Dedicated and kind teachers can make all the difference in a child’s life. How many stories do we hear about a single individual, often a teacher, who has recognised and confirmed the uniqueness of a child who then goes on to do great things because someone believed in him? We all need to be heard and each individual deserves the chance to shine. Getting a good education can free a child from the cycle of poverty and hardship and this issue is one of the most crucial of single parent problems. There is some relief in the form of federal grants and privately funded scholarships and following up every avenue offering aid is worth the effort.

Feeding schemes at schools also alleviate some of the concerns about whether children from single parent families are getting adequate nutrition. Applying for these programs can help the needy.

The Role of the Child

There are many types of family units in today’s world. From same sex parents to single parents of either sex, to grandparent -headed households, we live in a changing universe. Whatever the nature of the family, there are certain time tested requirements for the successful raising of children. The most important is love. The other is a strong sense of self. If you can allow your children to believe in themselves it doesn’t matter if you are the sole provider and carer. Being consistent with discipline and rules is another crucial factor. Whether you are strict or lenient is not the issue, it is the constancy that counts. Children, like everybody else, do better when they know exactly where they stand and where the boundaries are. Parents often feel guilty imposing boundaries and of course children will resist them, but that is their job. It is often easier to just give in, but you are doing yourself no favours and you are doing an even greater disservice to your children. Muscles only get stronger when they are used, so help your children build determination and resilience by making them accountable for their actions from a young age. Single parents shouldn’t have to do everything alone and one of their biggest resources is their own children. Give them enough responsibility and chores to help you and to make them more independent. This way you can work together to make single parent problems a challenge to be met by the whole family.

Where To Find Help

When you find yourself faced with a single parenting problem you will want to seek out the advice and comfort from friends and family. If you do not have anyone that you feel that you can turn to, this can seem like somewhat of a challenge. Of course, single parenting is all about challenges so it that come as no shock to you. There are other places that you can find support at though as there are support groups out there to attend.

Getting to talk with people in the same situation is the perfect way to learn new solutions to things and to see things in a different light. There is nothing wrong with reaching out for help in regards to your single parenting problems. What is wrong though is trying to handle too much on your own.