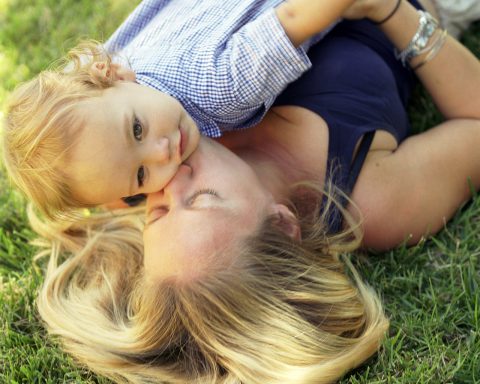 The Start Of Behavioral Problems

Growing up with only one parent or between parents who don’t get along can be very difficult for a child. It becomes even more difficult when society sees this type of family as incomplete. The child then finds him or herself being discriminated against because they do not have a two parent family.

This could cause a child to have a feeling of resentment towards the parent which could lead to disruptive behavior and discipline issues. These problems are not permanent and there are a few ways of dealing with them. The steps of gaining back control of the situation include, but are not limited to:

Giving Power To The Child

It is not uncommon for children to act out when they feel like they are powerless. Throughout their whole lives people are just telling them what to do and not asking them how they feel about it. When a child has only one parent it could feel to them that the parent who has custody of them is always telling them what to do and always has expectations of them that they feel they cannot meet. Because of this the child acts out and controls the one thing they feel they have control of and that is their behavior.

Giving power back to a child does not mean you have to let them do whatever it is they want to do, but to give them a say in certain things that affect them directly. Give them a choice in the rules that apply to them at home and the things that they need to take care of and set rewards for them if they stick to these rules. You need to make your child feel like they are a part of the family and not something that is being controlled constantly. 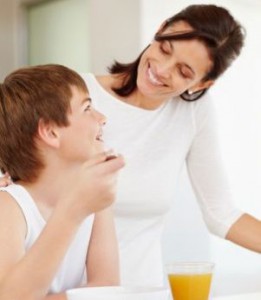 Sit your child down with a list of all the rules you have in the home and the responsibilities that you feel like they should have. Give them choices within acceptable boundaries of what time they should go to bed, what day they should clean their rooms, which times are acceptable for them to play games or have play dates and what responsibilities you have as well so that the child feels more like you are a team in the running of your household instead of you being the ruler and them just having to do whatever you tell them to.

When your child is part of the choice in the foods they eat, within acceptable boundaries, or what chores they should complete on which days, then they will be a lot more complacent and they will not be as rebellious because they had a choice in the matter and they are being rewarded for sticking to the rules that they helped to create. Children need to feel like they belong, especially when they are with their family and giving them some of the power in the decision making process is a good place to start to give them that sense of belonging.

Giving The Child The Tools To Cope With Life

As a parent it is not only your duty to keep your child in line and teach them to respect others, but also to give them the tools they need to fit in with the rest of society and to cope with the setbacks that may be thrown at them.

Being respectful is important, but there are times when everyone needs to stand up for what they believe in and it is up to the parent to teach a child when it is alright to act out and when it is time to hold your tongue. Teaching a child how to respect others is best done by showing them respect. If you want your child to say please and thank you, you need to use those words when speaking to them as well.

Children are born with their own ideas these days. We have all seen it. Each generation is becoming wiser and has its own ideas about their place in the world. Children do not do things simply because they are told to do them. Children need explanation and their need to be a reason why they are told to do something. They do not accept the explanation of just because either. Just because you say something, it does not make it true for them and as the child becomes older, they become more rebellious if things are not explained properly or if they believe that things are being kept from them or being forced upon them.

Giving As Much Respect As You Want To Gain

Single parent and child mutual respect is the foundation on which your relationship with your child should be built upon. When childrearing is not your first priority, you will find it difficult to gain the respect that you need from your child. As a parent you also need to realize that your child needs that respect from you just as much as you need from them.

Because of the evolution of human beings, the need to work and earn a living has replaced the need to survive as a family unit. The idea of what a family unit should be has changed drastically as well over the millennia that we have been on this planet. A lot less time is being spent together as a family and enjoying each other’s company than it used to be and as a result relationships between parents and children have begun to break down.

In days gone by, the children of society was raised by the community and they were seen as the most precious asset of the community whereas these days we shove our kids aside to make room for our careers and what we need to do to survive and what we want to do to retain our sense of humanity and because of this, our children are losing their self-esteem and self-worth.

How To Show Respect To Your Child

The best way to show your child that you respect them is by keeping your word and to tell them the truth. If you do not tell your child the truth for selfish reasons, they will catch you out and they will hold you accountable for your lies. If your child does not trust you, they will not respect you because they see your lies as disrespect. You need to realize that your child is a person on their own with their own opinions and their own way of reasoning.

If your child asks you about something and you lie about it just to get them out of your hair, they will not respect your opinion anymore. If your child does not trust your opinion then they will ask for the opinion of others who may tell them the truth in the wrong way and may lead them astray. Your child needs to be able to trust you and you need to be the person they are willing to come to if they have a problem.

Use the Manners You Expect

If you do not want your child to be shouting at you from the other side of the house, then you need to show them that it is not alright to do so by not doing it yourself. If you want your child to act respectful towards others then you should show them how to do it and reward them if they do.
Mutual respect is the foundation that you should build your relationship with your child on.

Listen To Your Child

When your child feels like you are really paying attention to what they are saying and that you are making the time to really listen to them, you will get a lot more respect from them. Children experience your love not in how many times you tell them that you love them, but when you show them by making them feel important and making time for them when you do not have all that much time for yourself already. One day when they have grown, they will realize what it is you did and what you have sacrificed and they will appreciate you more.

A lot of parents are failing because they lack the understanding that raising a child requires for you to have the authority over your child to guide them as productive members of society as well as have the mutual respect that will help parents and children to grow together.

There is no sure way of raising your child and no parent is born instinctively knowing what to do with a child that will not cooperate or does not fit in. Parenting is not a twelve step program with set in stone steps, but it is a learning curve where the parent and child learn from their mistakes and learn from each other. They grow together as a cohesive unit that in the end can live with each other and contribute to each other’s lives in a positive way. This can only be obtained when you have the respect of your child and by showing your child respect.

Even though a parent is at the head of the family unit, they should still accept the fact that they can receive input from their children as well without having chaos in the house.

Adults are often so stressed out and live such high pressure lives that they undermine how pressured our children’s lives are. We are quick to forget how stressed out we used to be as children and teenagers and we expect our children to cope with the pressures because we think we are so much more stressed than they are.

When you start to acknowledge that your children also have stress, you show them the respect they need. Ask your child about how their day was and listen to their response. They may not expect you to solve their problems or to give them solutions to the difficulties they are facing or even to fight their battles for them, but they do need you to listen to them. Just as an adult needs to vent sometimes and just let off some steam, our children have the same needs.

Show them that you are interested in what they have been doing and what they are interested in. Tell your child about your day as well so that they have a mutual understanding that you may not have had the best day and will give you the space you need. You need to also remember that your children sometimes just need space as well to cool down and vent their frustration and not see it as them acting out.

Recognize Your Child Is Unique

Do not set expectations of your child that is too high or try to equate them to another child. Your child is unique and if you have more than one child, you need to realize that each one of them is a unique little human being and that they have their own personalities and ways of coping with situations.

Treating your child with respect means that you are treating them the way that you yourself would like to be treated.