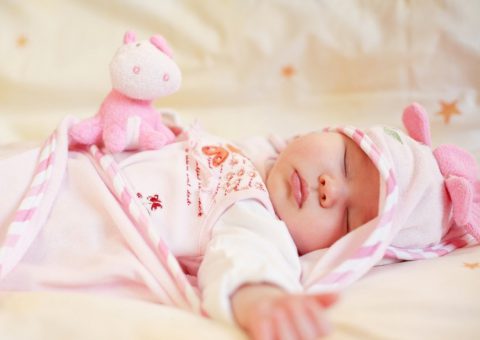 SIDS refers to Sudden Infant Death Syndrome which is characterized by infants and babies dying unexpectedly in their sleep. It is also known as “cot death”. This is often the more frequently used name. This is, of course, tragic, but there are a number of theories about how to prevent SIDS from occurring. Take, for example, the 10 SIDS prevention tips listed below. Although there are other suggestions out there, these tips are a good place to start.

One of the most common methods for preventing SIDS is by making babies younger than 12 months old sleep on their back rather than on their stomach. This is based on the theory that SIDS is often caused by a baby smothering itself by lying on its stomach. However, if your child is able to roll from its back to its stomach on its own already, this probably means that you can leave him or her on his or her stomach at night as they are able to roll over by themselves when they need to. Some children naturally sleep on their stomachs and cannot fall asleep in any other position. This may be a risk that you have to take. Remember that babies can usually sleep in any position, while children who can move themselves and choose to sleep on their stomachs are probably past the age where you need to worry about SIDS.

Another well known tip for preventing SIDS is to ensure that your baby has a firm sleep surface to sleep on. Babies and infants should never:

This should go without saying. It is as uncomfortable and unhealthy for a baby to sleep in a strange position as it is for an adult, and should therefore be avoided as far as possible. Although babies do tend to take naps in car seats, for example, these are designed for the purpose. That being said, move them to their bed as soon as possible. If your baby falls asleep on the couch, move them to their cot instead. Use a fitted sheet on the baby’s mattress to decrease the chances of him or her becoming entangled in the sheet.

Tip 3: Stay Away From Soft Bedding And Comforters 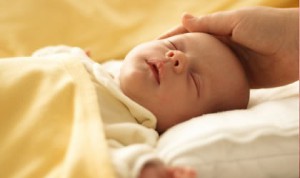 The reason for this should be clear – the softer your baby’s bedding the more likely they are to suffocate. Babies who are younger than 12 months old should be kept away from the following when they are sleeping:

However, children who are older than 12 months can be left comfortably with these items as they are mobile enough to move away from them when necessary and are at a far lower risk for SIDS, as long as they are healthy babies. Babies with respiratory or other problems will be at an added risk from items such as these even after 12 months of age, and so greater care must be taken with sickly children in comparison to healthy babies when it comes to preventing Sudden Infant Death Syndrome.

Room sharing is suggested as a way of preventing SIDS. Keep your baby’s crib at arm’s length so that you can check on him or her easily throughout the night and can help in an emergency if a problem arises. Some sources say that allowing your baby to share your own bed will put her at risk of strangulation, while others say that babies who sleep with their parents tend to wake up more easily when they are uncomfortable. To be safe it is probably better to advocate room sharing but not bed sharing until further evidence is found. Being near enough to your baby to do something if you realize that something is wrong is very important, while placing them in your bed while you are both asleep could put them at risk. If you are awake and merely sitting or lying in bed doing something else and you can watch your child closely, allowing them to sleep in your bed may be alright, although there may be too many soft blankets and bedding around for it to be entirely safe.

Tip 5: Be Careful About Keeping Your Baby Too Hot

If your baby is too hot, this may put him at an increased risk for SIDS. Although there is a habit of dressing babies in many layers of clothing when they are put to sleep, this may not be the best idea. If your baby sweats a lot or if his chest feels hot, this may be a sign that he is too hot. The general rule is to only dress your baby in one more layer than you would wear yourself, and not to cover them in too many blankets. Your baby could become stifled to death if he or she is too hot. Although there are other problems to worry about if they’re too cold, it is possible to strike a balance. If you yourself suddenly feel too hot or cold during the night, get up and check on your baby, removing or adding blankets and layers if necessary.

There are two main arguments when it comes to immunizations, one for and one against:

The suggestion is that you immunize your child. There is more evidence for the positive effects of immunization than for any of the threats and dangers that people believe to be real. 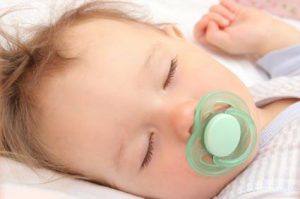 Some sources suggest that there are signs that offering a baby a pacifier before bedtime and nap times can help prevent SIDS. There are a few things to keep in mind here:

Although many parents choose not to offer pacifiers as they do not want their child to develop a habit and become dependent on them, it nevertheless serves as an excellent soothing tool as well as potentially fulfilling a protective function against SIDS.

There are already many well known advantages to breastfeeding your baby. Another possible advantage that you could add to the list is that it may reduce the chance of SIDS. Small correlations can be seen between babies who don’t breastfeed and babies who die of SIDS. There is certainly no harm in breastfeeding your baby as there are many well known advantages to take into account, if preventing SIDS is even a slight possibility through breastfeeding, then you should try. If you do not have enough time to breastfeed your child, try expressing enough milk for your child to drink while you are at work.

SIDS is often caused as a result of suffocation. If a child is exposed to smoke frequently the chances are that their lungs will be weaker than necessary. This means that they are at an increased risk of suffocating in their sleep. To avoid smoke exposure:

Tip 10: Don’t Use Products That Claim To Prevent SIDS

This may seem surprising, but the many products out there, such as wedges, positioners, special mattresses, and specialized sleep surfaces that claim to reduce the risk of SIDS have not been proven to work. What is more, there have been several reported cases of babies actually suffocating as a result of using one of these “SIDS-preventing” devices. You want to do everything to protect your child, but be careful about putting him or her in greater danger simply because you have not done the research required into a product. In general, do your research before you decide.

The main characteristic of SIDS is that it is sudden and unexpected, just as its name suggests. This implies that it can occur even if you go out of your way to prevent it from happening. Sometimes these things just happen and there is nothing that can be done to prevent them. That being said, it is still extremely important that you take every precaution possible to ensure that this does not happen to your child. The 10 SIDS prevention tips mentioned above are just a few of the things that you can do to protect your precious child.