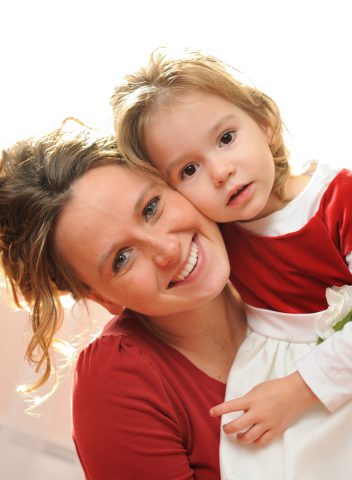 If you are or are about to become a single parent, you may think that you are alone. The worry of having to provide solely for your children off of your own income, can be overwhelming. There are numerous reasons for single parenting but irregardless of the reason, know that you are not alone.

To become both mother and father to your children, and try to provide them with everything that they need may be the only thing on your mind. You may think that it’s your fault that your children will be growing up with you as a single parent. However, the reasons for single parenting are not as narrow as you may think. Here are two common reasons why people involuntarily become or choose to become a single parent.

Divorce is probably the number one reason why someone becomes a single parent and delves into the waters of single parenting. It is said that the number one cause of divorce in the United States is a no fault divorce or irreconcilable differences. What this basically means is that the two parents could not get along, were not compatible, or just simply did not want to be married anymore.

While this may sound like an “easy way out,” rest assured that almost everyone who goes through a divorce (especially when children are involved), think long and hard about it. It is a very difficult decision to make, and knowing that the children will no longer be the same is a huge factor in deciding to divorce and become a single parent.

However, divorce is probably the “easiest” single parenting to do. Instead of being completely alone, you will most likely have child support and possibly alimony. You also still have the other parent in the child’s life and you can begin a new stage of co-parenting instead of just single parenting.

Not being married is 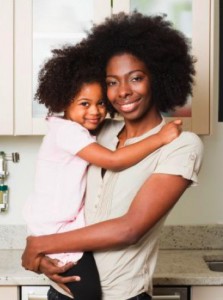 another common reason why someone would be practicing single parenting. Women who become pregnant outside of marriage no longer have the social stigma to marry the man who impregnated them. Instead, many women chose to have their baby without the help of a husband.

In fact, many women who were never married are single parents without the aid of the father at all. This could be for many reasons, including that the father wanted no part in the child’s life and that the mother made the decision, based on the father’s lifestyle, simply not to tell the father that she was pregnant.

This presents probably some of the hardest single parenting obstacles. The child’s father is not there to provide financial or emotional support and in this case, the mother ends up doing everything with only the help of family and possibly government grants.

Without a doubt, nearly all reasons for single parenting are due to the single parent’s path of decision making prior to them becoming a single parent. This excludes the circumstance of death of one of the parents, as death is not a choice that an individual can make, unless suicide has been committed.

SALLY
My reasons for single parenting may very well be similar to yours. When I first met the man I finally married, we had so much fun together. We lived together for three years. Within the third year I fell pregnant. Of course we wanted to have a child, because we felt it would make our family unit complete. I did love him, and still do, but once my daughter was born, my husband turned into a person I couldn’t recognize any more. I felt miserable a lot of the time, mostly due to the fact that I watched the house turn into a pigsty in only a few short days, and no matter how often I cleaned it, it would be turned upside down the next morning. I was not able to keep up with the amount cleaning I had to do in order for the house to stay clean and safe, because I had a difficult childbirth and was not able to move from my bed for at lest four weeks. Lying in bed for that amount of time left me tearful, probably due to my lack of exercise. All my husband ever wanted to do was touch me, and I didn’t want to be touched. My lover instincts had disappeared, perhaps forever. The more and more I needed him, the less he was there. Every time I expressed my feelings, he would suddenly find something else to do. It came to a point where he was never home. He said he could not tolerate the miserable atmosphere in our house. That was when I put my foot down and told him I wanted a divorce. Good lovers don’t necessarily make good parents. Once my divorce was complete, I turned to my family who understood my reasons for single parenting wholeheartedly. My daughter is now eight years old, and she sees her father on occasion. I believe I made the right decision. I feel the arguments that would inevitably have started between my husband and I, after our daughter was born, may have been detrimental to my daughter’s emotional well being. I have friends with similar reasons for single parenting, and it’s good to know that we are not alone.

TANYA
My reasons for single parenting were created by the choices I made prior to becoming a mother. I was in a car accident a few years ago, and I suffered head injuries that most doctors thought could not be healed. I am a very strong willed individual, fortunately, and I fought my way back to health and stability. My boyfriend was supportive throughout my healing process, and he never left my side. He was a true friend. A year later he was killed in an unfortunate accident. He cleaned silos for a living, and one morning he began cleaning from the bottom of a 25 meter high silo. In minutes the contents of the silo began to break loose and fell on him from above, suffocating him and two others. I grieved for a year and believed I would not find love again. My boyfriend was always optimistic and it was not long before I let his spirit guide me. I found a male friend, who was friends with other friends of mine. One evening we discussed our getting together. I told him I wouldn’t be able to offer anything to a relationship. Not soon after that, the thought came to me that perhaps a child would be able to fill the gap in my heart that had been left empty for so long. My new friend and I agreed to conceive a child, and that he would have no responsibility over it once it was born. My daughter is now two years old. My reasons for single parenting were therefore to fill the gap in my heart, to have a family that perhaps my deceased boyfriend and I would have had. I have never been happier, and know my boyfriend watches over us and guides us each day, almost as if he were actually here.

LANORE
My husband and I have a beautiful girl and a toddler, a boy with endless energy. I raise my children alone. A year ago my husband was offered work on an oil rig in Japan. His job required that he be stationed in Japan, and then journey to sea on a monthly basis. He would only have time off from work for three weeks of the year, over the Christmas holidays. As a family we decided that it would be best if I stay with the children at home, here in the States. Although we still speak to my husband on the phone or via email every week, I feel like a single parent. A parents need to leave their family in order to provide for them financially is one of the single parenting causes that result in the unavoidable circumstance of separation, on a physical level. My husband does provide for us financially, but I do struggle on occasions to make decisions that concern my children. I also don’t always necessarily feel safe, being a single mother with two young children alone at home at night. I worry about my husband, and he worries about us. It is unfortunate for my children to have to be raised without a male role model around. Who will my son turn to when he gets older? The emotional complications are there, but without my husband’s job, we probably wouldn’t survive. I am thankful that my circumstances are not based on divorce or death, and I have a deep sympathy for those whose reasons are.

JANE.
My reasons for single parenting were created by unavoidable circumstances. My husband raced stockcars when he was younger, and this was how we met. We had two wonderful children, a year a part. Four years ago my husband was diagnosed with gout. A few months after that he was diagnosed as having a kidney disorder, which may lead to kidney failure if not treated correctly. A few months after that he had a stroke, which affected his cognitive skills. He could not talk and barely moved at all. My parents live in Europe and they were able to send us some money on occasion, due to the fact that my husband was obviously in no state to work. We lost all hope when a few weeks after his first stroke, he had another. This time, he was hospitalized. Doctors said it would take months before he would be able to return home. I was left to be a single mother, to raise our children alone. We could not move to Europe to be with my parents, because we could not leave my husband, and my parents could not move to the USA without loosing their jobs. My husband never fully recovered. We decided it would be best for him to be admitted into frail care at a home for the physically challenged and disabled. It may have been too much for the children to bare, watching their semi conscious father lay on the bed all day, without saying a word. As I said, my reasons for single parenting were not based on personal choices, instead they were based on choices I made for my whole family.

If your reasons for single parenting are similar to any of those spoken about in these testimonials, feel at peace knowing that you are not alone. Our world is filled with unpredictable circumstances. What you feel today, you may not feel next month. What you have can be lost, with or without your consent. If you are a single parent struggling to understand your own situation, why not write your own testimonial? Discover your own reasons for single parenting, and understand them. Alternatively, if your decisions have lead to peaceful circumstances, inspire other single mothers around you and help them to cultivate an optimistic approach to single parenting.

In conclusion, never let anyone tell you that your reasons for single parenting are wrong, because if there had been another route, you more than likely would have taken it.