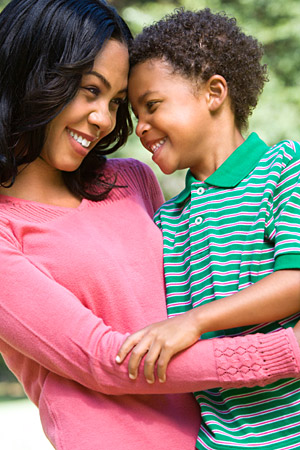 According to Professor Clifford Odimgegwu, Professor of the University of Witwatersrand in Southern Africa, the grandparents are currently taking care of the orphans from parents who have died of this disease. The AIDS epidemic has become alarming, and has already disrupted two layers of the population pyramid. This pyramid consists of those in the five-year old age bracket who will eventually be the adults in the future generations.

More than 10 million children in South Africa have been dying of AIDS. The other part of the pyramid is the 19-45 age bracket, who will comprise the senior citizens of the region. http://www.voanews.com/english/archive/2006-03/2006-03-08-voa65.cfm). Losing a partner is very stressful for the parent. The psychological well being of single parents in South Africa has been very poor primarily because of the reason on why the partner was lost. The reputation of AIDS in progressive countries have mellowed considerably.

In South Africa, however, it is still in the same ranks as the deadly illnesses of the olden times, as the Black Plague or the Bubonic Plague because of its sheer number. The government has been very helpful in helping parents cope with the loss of a parent, whether through AIDS or through divorce. Divorce also ranks as a high factor in single parenthood. In South Africa, 50% of married couples end in divorce. These individuals become single parents. South African individuals have not developed coping skills on becoming a single parent.

They need assistance in coping with this event. The FAMSA is an organization in South Africa which helps out in counseling of individuals regardless of financial status. These organization is a beneficial tool of the South African government in managing the way of thinking of these individuals in coping with problems, particularly single parenthood.

Newly single parents develop feelings of sadness, abandonment, confusion, guilt, fear of being alone, and anxiety. The following tips have been recommended to be able to combat these feelings:

1) Forgive and forget – Letting go of unnecessary feelings can make one feel lighter, and happier. Holding on to anger is more stressful than letting it go. Forgetting will make it easier to move on to the next relationship, and maintaining the current relationship with your children.

2) Maintain network and relationships within the community – Having honorary aunts and uncles within the community fosters camaraderie between the child and the neighborhood, and the parent and the neighborhood as well. It also helps children understand that building relationships is an effective way to let go of the bad feelings that they felt during the separation of their parents.

4) Do not forget the old rituals that you used to do – Children need consistency in their lives after seeing their parents separate. Rituals as going out for dinner every Wednesday or the parent picking up the child from school every Friday should be maintained. In this way, the child feels that even if the parents are separated, the rituals are still there.

The psychological well being of single parents in South Africa are alarming, but slowly increasing towards the positive. The government, through FAMSA, has been a tremendous help in making sure that single parents are helped.