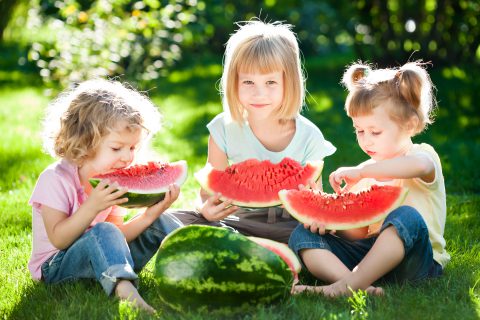 Middle Child Syndrome occurs when there are three children in a family. The birth order is hugely influential on the personality of a child; research has shown that most of the U.S. Presidents were either the first-born or first-born son in a family, as were all but 2 of the first astronauts that were sent into space. This may have something to do with the fact that the first-born is always the most anticipated birth, and there is nothing to distract the parents so they get all the time and attention of their parents.

Once more children join the family, the whole dynamic changes; the older child may not receive as much attention, or they may have to look after younger siblings when old enough. As parents have more children they relax more and become less demanding. Firstborns are generally more driven than younger siblings, whilst the middle child is far more likely to just coast along as they do not feel able to compete with their elder sibling and get tired of living in their shadow. The youngest generally tends to be the most affectionate and more advanced than peers who do not have older siblings.

As much as parents set out to love and treat all of their children equally, it can happen that the first-born is placed on a pedestal, whilst the youngest, being the “baby” in the family, generally gets away with just about anything. Middle-child syndrome occurs because the middle or second-born often feels as though they are invisible and need to do so much more to get any attention.

Parents and grandparents make a huge fuss of all the firsts of a first-born, such as learning to walk, the first tooth, learning how to tie their own laces or ride a bike. By the time the next siblings come along all these things are expected so there is not so much of a fuss made.

Being stuck in the middle is not the ideal position for any child, as they may feel that they do not fit in with the other siblings. Although parents may make a concerted effort to treat all of their offspring the same, parents are not the only contributory factor to a child’s growth. Children spend, on average, 33% of their free time in the company of their siblings, which means that they contribute hugely to self-esteem, ambition and personality traits.

Middle children often feel that they have to fight to receive attention from parents and even other family members, and often feel as though they are being ignored. This feeling could be enhanced by the parents without them realizing it. They could feel that the older child needs help with homework because they are in a higher grade and the work is more difficult, and the youngest is still a baby (no matter how old they are), also needing more help. In this scenario the middle child is largely ignored and left to fend for themselves, reinforcing their feelings of being invisible and unwanted.

There are some easy-to-spot symptoms of middle child syndrome that one should be on the lookout for if you have three or more children:

A middle child may feel less of a sense of belonging than other children in the family. They usually feel that they have no rightful place and do not fit into the family dynamics. They feel unwanted or ignore and as such will struggle to feel that closeness they perceive the others to have. They somehow feel that they are merely the filling in a sandwich, with the older and younger siblings being the bread.

The fact that a middle child feels that they are invisible and basically unwanted could lead to them developing low self-esteem, which will have a negative effect and could seriously impact the overall development of the child. A lack of self-esteem creates a lack of confidence, and sometimes makes the child feel as though every problem that happens in the family is their fault.

Low self-esteem can lead to experimentation in drugs, alcohol abuse and other dangerous behaviors such as early sexual experimentation. If a child suffering from middle child syndrome gets in with the wrong crowd they will do anything to get accepted and feel part of the group to make up for not feeling part of the family at home. If your child is subject to drug abuse, it’s not too late because you can still save him/her with the help of professionals like the ones on Oakvine Recovery Center.

A lack of self-esteem is very often carried over to adulthood if not recognized and dealt with in a positive manner, and could lead to a life of crime as the adult may just continue the bad behavior learned in childhood as a means of attracting attention.

Feelings of being unloved and ignored may cause the middle child to develop trust issues. We learn trust as children by learning to trust and rely on our parents, but this may not occur in a middle child. Children with middle child syndrome find it very difficult to confide in anyone about their feelings, and this could lead to them becoming negative with no sense of direction and no ambition. This could create problems wherein the child may develop a distrusting attitude and difficulty in opening up to others, which could lead to them becoming reclusive. Middle children may also become very cynical.

The child suffering from middle child syndrome often exhibits little sense of direction due to the fact that they are disillusioned and feel as though they are not good enough. They have never been able to forge ahead and do something for the first time to impress their parents, because the eldest sibling has probably done it already.

Children suffering from middle child syndrome are generally not extroverted and will therefore far more likely tend to be reclusive than social. They will become loners and may often prefer to be alone and live in a fantasy world that they create for themselves where they do not need anyone to lean on. This could lead to problems later in life, including the inability to form meaningful and lasting relationships. 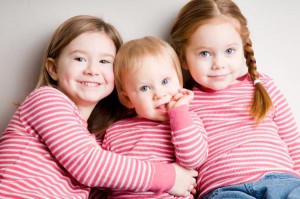 The middle child never had the benefit of having his or her parents to him or herself even for just a little while like the firstborn did, and if another sibling comes along that demands the parents’ attention the middle child will start acting out.

Children suffering from middle-child syndrome can tend to become very cloying as they seek the attention and love that they are missing. If they do not get the attention they require they may act this out by exhibiting negative behavior as they may feel that is the only way to get attention from their parents or other adults, and perhaps even their peers. Many middle children therefore tend to exhibit behavioral issues such as temper tantrums, acting out, faking illness or various other ways geared to get attention on themselves.

Middle child syndrome can have some positive effects too, and one of them is that the middle child often becomes the peacemaker in the family, especially between siblings. They also tend to be good negotiators, as they have to work for what they need, so they learn the art of negotiating at a young age. Both of the above advantages can be of great use to the adult middle child as these traits could help them in their social as well as their business lives.

Having a third child means that parents need to change their parenting style somewhat to suit the new dynamics. When the ratio is two parents to one child it is easy as you can take turns and having two children means that in addition to taking turns you can deal with the offspring one-on-one. Once the family expands to three children though, the parent/children and the sibling/sibling dynamic changes dramatically.

With three children there is no longer one parent per child and your parenting style needs to change from one-on-one to more of a zone defense. The logistics get more complex, you will need to double up and everyone will just have to make do with less individual time – this is not easy! Suddenly you have one child who is old enough to have attained a certain level of independence and seeking adventure which may not always be that safe, and another who will be demanding all of your time with feeding, changing, etc. This can create absolute chaos if you are not careful, and this is also exactly when the middle child slips through the cracks and develops middle child syndrome as they become rather invisible.
Here are some tips on how to prevent middle child syndrome occurring:

One must bear in mind that not all middle children suffer from middle child syndrome. Many middle children grow up to be very balanced and mature adults who are laid back, independent, socially adept and are very good at taking care of their own needs.