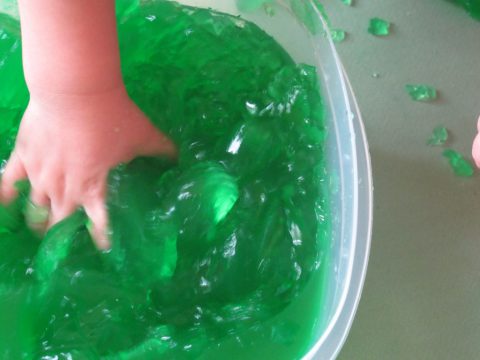 It is hard to think of things to do for your children for Halloween that will keep them busy and will be fun for them during this holiday. We all have memories of our Halloweens when we were children, but not all of those activities are considered fun or safe anymore. Keeping the little ones busy with fun Halloween activities don’t have to feel like rocket science either. Children still have imaginations, we just need to know how to tap into that imagination and open up a world of wonder for our children so that they can also have fond memories of Halloween.

This is the most famed and favorite part of Halloween, but it needs to happen within the necessary safe limits.

Your children need to know beforehand that they have to respect the homes and the privacy of those who do not want to take part in the festivities. Not everyone celebrates Halloween and this needs to be respected.

Children also need to know that they must keep themselves safe by sticking in groups and to well lit areas as well as follow the normal road side safety rules by looking out for cars before crossing a road. Small children do not automatically know what it is all about and what they should and shouldn’t do. It is up to the parents of the children to educate them about what Halloween is all about and what the tradition of trick-or-treating is about so that they can really get into the swing of things with a better comprehension of what it is they are doing.

One of the best ways to celebrate Halloween is with friends and family so why not throw a party. The best time to host a party is from midmorning as this gives everyone enough time to wake up and have breakfast and it ensures that you have enough time in the day for the little ones to be played out by the time the party ends. If you want them to have the most fun, you can never go wrong with these bounce houses from Minneola Bounce House Rentals.

To keep them busy, there are quite a few Halloween party games they can play such as:

The Fairest Or Scariest Of Them All

You can get a thrill out of the giggles and screams of your guests, big or small, depending on the extent of how scary your haunted house is. You can make a maze in your garage, home or backyard through which your guests can move. You can add some booby traps for them on the way and scary things flying out at them. This, of course, is much easier with the little ones as you can have them go through a maze which doesn’t need to be very big and throw surprises at them over the walls of the maze as they go along it or play scary sounds when they get to a certain juncture and so on. It will prove a little more challenging to scare and entertain older guests, but it is not impossible if you set the right mood. The haunted house always works best in a darker environment or once the sun has actually gone down.

Pin The Tail On The Monster

This game will be hours of fun for the little ones but needs to be supervised if you are using something sharp to pin the tail, or the nose, onto the monster. Velcro also works quite well. Use a fluffy type of material to make the monster or the jack-o-lantern and use the sticky side of the Velcro on the tail or nose which has to be stuck on. Blindfold the little one, spin them once or twice and point them in the right direction. You can have them split up into teams as well and let one team member tell the blindfolded one which way to go and then see which team has gotten the closest to the mark after the team members swopped around and present the winning team with a prize and give consolation prizes to the other teams for being such great sports.

May The Best Pumpkin Win

A nice family activity for your party would be to have a contest for the best looking carved pumpkin. Let the children design what the pumpkin will look like and let them draw their designs on the pumpkins. Mom and dad can then do the carving of the pumpkins and you can have an elected panel of judges who will then pick the best pumpkin of them all. If you are having a party for just your immediate family then the kids can draw their designs on the pumpkins and each of them can have a turn instructing mom and dad on how to execute their plans and then mom and dad can judge the different pumpkin according to a set criteria which can be decided on before the contest begins, such as the easiest to execute, the most colorful and so on. 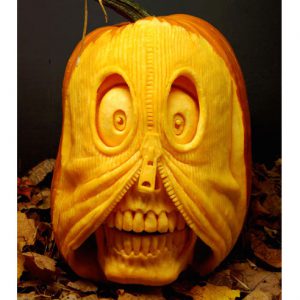 This game will work best in your yard, although you can also hide the ghosts around your house. If you can get your hands on a canister of helium your job of making ghosts will be so much easier. Otherwise, you can find a party shop and let them inflate the amount of balloons you need with helium and carefully transport then back to your home. You can then tie the strings to a packet of treats or a small toy, cover the balloon with a sheet that is light enough to not pull the balloon to the ground and put them in strategic places. Then once everyone is ready and all the ghosts are hiding away, the kids can go looking for the ghosts. When they find a ghost, they get to keep the treat that it is attached to. If the children who are scouting are a little older, you can place the ghosts in more difficult places to find, such as in trees or amongst shrubs. Just make sure that they are sheltered from any pointed branches.

Fishing For Eye Of Newt

Paint, or draw or print out a picture of a skeleton and then segment it. Take as many skeletons as you will have teams. Put double sided tape on the back of each bone and place all the pieces of the puzzle in a barrel. When it is time to play the game, your guests can divide into two teams, or more. One member runs, takes a piece out of their barrel and runs to the wall and places the bone where it should be. This team member will then run back and tags the next team member who will do the same. The team whose skeleton is correctly assembled first will win. If you have more than two teams playing, you can take this game through to semi-finals and finals to get the ultimate winner of the challenge. This will also take up more time and will keep your guests entertained for longer.

Just like with the skeleton relay race, you can have individual contests with a race to see who can assemble the skeleton by themselves the first. You will need exactly the same things as for the relay race, but you don’t need to put them up on the wall, but they can assemble it on a table as well. The more bones you divide the skeleton into, the more complicated it becomes. You could even put a spin on the game by drawing the skeleton of an animal and then have the contestant guess which animal it is once they have completed the skeleton. Even adults can be entertained by this game depending on how complicated you make it. You could have the adults going up against the children as well with the skeleton of the adults having more bones that the ones the children are assembling. This could bring many laughs and good times for all to remember and brings the adults and the children together.

The pumpkin patch game is a great way to get children to work together and to build something together which is creative and uplifting. You can download templates from the Internet of pumpkins and print them out in different shapes and sizes. Put them up against the side of the house, or indoors if the weather is not too good outside with double sided tape. Cut out different shapes which the children can then use to make faces on the jack-o-lanterns. You don’t need to make elaborate shapes, the basic shapes such as triangles, squares, circles, ovals and all of the other basic shapes you can think of will do just fine as this will force the children to be a bit more creative with their shapes to create something rather than have the shape of a mouth already cut out for them and ready to stick. Each child can then have a turn to take a glue stick and stick one shape on any one of the many pumpkin shapes on the wall until all of the pumpkins are complete. The children can then be rewarded for their good work and for working together so nicely with refreshments.

This is a great game which will get the children close together and working as a team. Make little ghost figures by using a rolled up piece of paper or tissue paper and tying a napkin around it. Use the string that you tie the head off with to make a handhold. You can make as many of these as there are players. All the heads of the ghosts are placed together in the centre and all of the players except one hold onto their ghost’s string. The one player who doesn’t have a ghost then holds a cone over the ghosts. When he is ready, he needs to bring the cone down to catch the ghosts and the other players have to yank on their strings to prevent their ghost from being caught. The person whose ghost is caught first then gets a turn to catch the other ghosts.

Halloween should be a fun time of year and it is unnecessary for the fun to be marred by incidences that could have been avoided. When children are doing Halloween activities that involve any climbing or working with sharp objects, even blunt-nosed scissors, it is always better to have an adult to supervise the activity. Children should be told exactly what is being done and what is expected of them so that there is not question about why certain rules have been put in place.
When planning activities for the children, you should also make sure that the Halloween activities are fair and that there are different types of activities where the little ones can also win prizes and that no one leaves empty handed.

Halloween only comes once a year so there are no second chances to make the best of it.