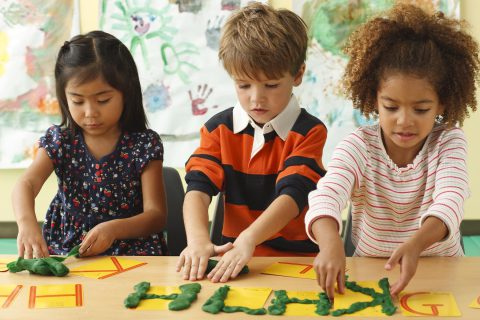 As ludicrous as it may seem, we all know that finding the best prep schools has become a national pastime for most young American parents. Where the only thing young parents had to worry about in years gone by was which kindergarten or preschool they were going to send their toddlers to when the time came and enjoying their formative years, things have changed dramatically in the past few decades.

Now finding the best prepschools is done before most of the children even learn to read, and often simultaneously with the search for a good kindergarten. Together with completing application forms to get their toddlers into kindergarten, parents are also filling in applications to the most prestigious and elite college-preparatory schools.

These college-preparatory schools, colloquially known as “prep schools” are private educational institutions, and include day-schools and boarding schools, and either can be either completely secular or affiliated with a particular faith. Entrance into these institutions is ultra-competitive, tuition is high and the facilities are top-notch. They have one aim, and that is to provide the best education to students and funnel them into the top universities in the country.

Finding the best prep schools means that one needs to do some research and look at various statistics about each of the schools with certain criteria in mind.

What makes the top schools the best depends on various factors such as:

Checking the percentage of graduates that made it into the most prestigious universities is important, as that is the main reason for finding the best prepschools to send your child to in the first place. The fact is that the name of the high school you attend will open doors for life, so it pays to get into a really good one. One should bear in mind that although this article is only concentrating on the top twenty or so prep schools, there are other schools which also have high matriculation rates, and their exclusion does not mean that they are not also excellent schools. The statistics speak for themselves, and research into finding the best prepschools in the country will reveal that getting into the right prep school really does provide a pipeline to elite higher education. On average, nearly one-third of the graduates from the top twenty prep schools end up being accepted into the above-mentioned top ten universities, as opposed to the 0.01% of all U.S. high school graduates that make it into these prestigious famed halls, according to research conducted by the U.S. Department of Education.

The Benefits Of Finding The Best Prep schools

Apart from the fact that they offer an in into the best colleges, there are many reasons for finding the best prep schools for your children to attend, and that is what they offer:

Finding the best prepschools to which to send your offspring will ensure that they get an excellent academic education, but also that they get a well-rounded education, including being able to follow their sporting dreams, and the best facilities in which to train. Many of the top colleges follow the sports stars of the top prep schools and recruit them, offering either full or partial sports scholarships to enrol in their institution, which is of great help to those parents who are struggling financially and could possibly not afford to send their children to these prestigious universities otherwise.

According to a study done by Forbes on finding the best prepschools, the number one preparatory school in America is the Trinity School, which is located on the Upper West Side of Manhattan, in New York City. Trinity is a co-ed day-school, and was founded in 1709.

Some of the impressive statistics which elevated Trinity to the number one spot are:

Understandably, tuition at Trinity is not cheap, and one year of schooling in the Upper School (grades 9-12) is in the region of $35,000. Trinity does, however, offer financial aid.

According to the research done on finding the best prep schools by Forbes, the top 20 schools in America are as follows:

At the end of the day, finding the best prep schools is important not only for the academic tuition, but also because graduates of the best prep schools acquire “the ability to treat hierarchies as ladders, not ceilings” due to the fact that the individual attention that they receive from the faculty affords them an unequaled self-confidence and naturalness in their dealings with authority figures. This translates into higher wages post-college, compared to what their peers will get.