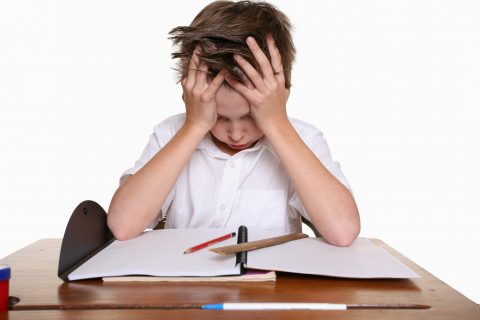 If your child does not seem to have grown out of the “I want it NOW” phase, and seemingly does not have the self-control they should, they may have Attention Deficit Hyperactivity Disorder (ADHD). This may lead them to act very compulsively, get into trouble at school and at home, or even with their peers. In order to help your child with ADHD, it is necessary to understand what the disorder is all about.

Attention Deficit Hyperactivity Disorder (ADHD), also known as Attention Deficit Disorder (ADD) is a disorder that generally appears in early childhood, mostly in boys. ADHD makes it very difficult for the child to inhibit their spontaneous responses, which includes sitting still, speech and paying attention. This may lead them to interrupt a conversation, blurt out inappropriate comments, not follow instructions and generally be disruptive. Conversely, they could also become very quiet and just sit and stare into space dreamily.

There are three types of ADHD in children:

1. Inattentive Type – This was formerly referred to as ADD because children with this type of disorder are not overly-active and are not disruptive, which often leads to their symptoms not being noticed. They are disorganized, make careless errors, miss homework assignments, cannot sustain attention for any period of time, and struggle to follow directions.

2. Hyperactive/Impulsive Type – Children with this type of ADHD display both impulsive and hyperactive behavior, but generally do not have much problems in paying attention. They seem to be driven to be constantly in motion, interrupt others, get pushy in line, and blurt out anything that comes into their heads.

3. Combined Type (Inattentive/Hyperactive/Impulsive) – This is the most common type of ADHD, wherein children display hyperactivity-impulsivity and inattention regularly.
Some children with ADHD sit quietly dreaming; others focus too hard on one task and find it very difficult to shift their attention to another task; some are inconstant motion, bouncing off the walls and being disruptive, whilst others are overly impulsive but only mildly inattentive.

Signs And Symptoms Of ADD/ADHD

It is sometimes difficult to distinguish between “normal” childhood behavior and attention deficit disorder. Just because your child is a bit fidgety, is sometimes hyperactive, sometimes impulsive, or occasionally does not do their homework does not mean that they have ADHD.

If, however, your child displays many of the ADHD behaviors over a period of time and both at school and at home, it may be time to seek professional advice.

Some of the symptoms to look out for are:

Symptoms Of Inattention In Children

Symptoms Of Hyperactivity In Children

Symptoms Of Impulsivity In Children

How Is ADHD Diagnosed?

ADHD is only diagnosed by a doctor when a child displays six or more specific symptoms on a regular basis over a period of 6 months or more in more than one setting. The doctor will use a specific set of guidelines or criteria developed by the American Academy of Pediatrics to make the diagnosis, as there is no one test for ADHD. 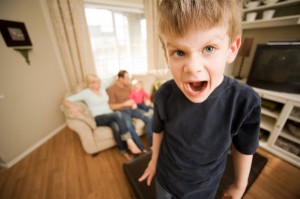 It is very difficult to diagnose ADHD in children, as some of the behaviors displayed by preschool children often change as they get a bit older. The process of diagnosing ADHD will include garnering information from the child, parents, caregivers and teachers, and comparing the child’s behavior with that of his or her peers.

Before an accurate ADHD diagnosis can be made, a mental health professional will need to conduct some research and tests to ensure that certain other possibilities are not the cause of your child’s behavior, such as:

Positive Effects Of ADHD In Children

Although ADHD can be very challenging, it is not all doom and gloom, as there are also many positive traits associated with the disorder:

The basis of any type of adhd treatment is educating both the child and the family about ADHD. Treatment can consist of drug treatment, psychological intervention, and/or special education programs.

Treating ADHD with medication has often proven to be highly effective:

Behavioral treatments for ADHD that may prove to be very beneficial are:

Parenting Skills Training and Support Groups are also an integral part of treating a child with ADHD, as is working with your family physician to determine the right treatment or combination of treatments for your child.

Many people these days prefer alternative treatments to the prescription medications and standard behavioral treatments generally used to treat ADHD, including Interactive Metronome training, dietary interventions, Kinesiology or Neural Organization technique, and neurofeedback, to mention but a few.

Dietary Interventions – Although some believe that sugar causes hyperactivity, there is no medical proof that a diet high in sugar causes ADHD. Dietary interventions include adding more fiber to a child’s diet via oatmeal, whole grains and berries and other fruit, to help manage glucose levels and keep them even. Some parents try an elimination diet in order to find anything that may increase hyperactivity, but this can be difficult and stressful on both the child and parent, and most studies have disproved theory.

Chiropractic Medicine, Kinesiology, Neural Organization Technique – Chiropractors have used various techniques to treat ADHD for years, and many have been helped by them, although there is much skepticism amongst many ADHD doctors who do not support the use of chiropractic medicine.

There are many other treatments for ADHD, including vitamin and supplement regimes; it will depend on you, in conjunction with your child’s physician, to decide on which form of adhd treatment is best for your child.